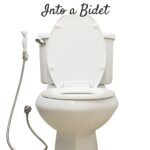 If you are looking for a toilet paper alternative, a bidet is the next best thing to cleaning your bottom after going to the bathroom!

While “family cloths” are often considered as a toilet paper alternative, properly disinfecting them can be a challenge. After all, reusing a cloth that you wipe urine and feces with can definitely be gross. And if bacteria is not killed, it’s a health concern.

Without very hot water and a very strong disinfecting soap, family cloths are not a safe alternative to toilet paper.

But a bidet can be!

What is a Bidet?

Chances are, you’re probably wondering what exactly is a bidet?

But the concept has never really taken off in America.

A true bidet is kind of like a toilet. In fact, it can look remarkably like a toilet. In today’s modern times, it must follow the same hygiene regulations. It is different because it is wider and has water attachments.

Usually, a bidet is located right next to the toilet.

However, specialty toilet seats and attachments are becoming the most common types of bidets in modern times.

How Do You Use a Bidet?

A bidet uses a stream of water to cleanse the same areas that you would use toilet paper for.

As a separate fixture from the toilet, the idea is to go to the bathroom on the toilet.

Then you move to the bidet, squat over it, and use a jet of water to clean the places you would wipe with toilet paper.

If you use a toilet seat bidet, though, you remain seated and spray water to cleanse yourself.

Toilet seat bidets will have a control panel to have a bidet attachment come out of the seat, spray you, and then retract into the seat.

Bidet attachments that are sprayers work in the same way, though you will need to maneuver the sprayer. The attachment is likely stored in a holster on the wall.

How Do You Pronounce Bidet?

If you find yourself asking a store clerk about bidets, or you just want to make some interesting conversation with friends, you’ll need to know how to pronounce the word.

And it’s different than how it looks.

The proper pronunciation is buh-day.

Pin It to Save For Later!

Are Bidets Healthier Than Toilet Paper?

For some, the scratchiness of toilet paper makes their bottom undercarriage sensitive. Raw and red skin is a common complaint. Using pre-moistened wipes for wiping your bottom is expensive, and usually uses non-natural chemicals in the product.

And chemicals used in toilet paper, such as chlorine, can cause irritation for some chemically sensitive individuals.

Washing with water and air drying is a chemical-free way to get clean after using the toilet.

However, you do need to make sure that all waste – including urine and poop – is in fact removed from your private parts. Otherwise, it’s not sanitary.

I personally do not understand how it can be cleanly to go to the bathroom and have liquid or solids attached to your butt, then walk over to squat over a bidet to clean yourself. It seems to me that something would end up on the floor…..

An all in one toilet and bidet combo seems to be the most hygienic option.

While toilet paper shortages often happen during an emergency, bidets are not going to be the answer for every type of emergency prep.

Bidets require water and electricity. If your emergency situation has toilet paper scarce, but you still have water and power, then these gadgets can be a smart alternative.

However, for natural disasters with no power or water supply; or if the power grid is compromised for any other reason, then a bidet is not a smart alternative for having traditional toilet paper. Because it won’t work and you will not be able to sanitize your bottom.

The easiest and less expensive way to see if you even like this concept is to get a bidet attachment for your existing toilet. Prices are not too high, and you’re not fully committed to turning your toilet into an alternative cleaning system!

Here are some of the best bidet attachments:

If you know you really want to have a bidet toilet seat, where the sprayer is integrated into the seat and doesn’t need a hose attachment, then you will want to get one of these specialty toilet seats.

They often can work with your existing toilet, rather than needing a new toilet installed. Often, you can get heated water options and other fancy upgrades for your toilet seat.

Bidet toilet seats are surprisingly expensive (you could buy a whole LOT of toilet paper for these prices), but if you really want to go this route, here’s some of the best ones: 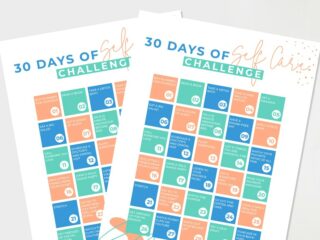 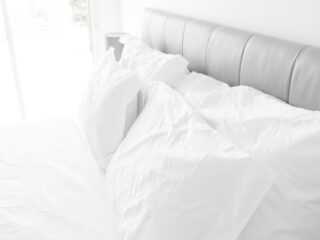