When it comes to picking a refrigerator, I have to say I’m pretty picky. I demand a smart space-saving design because I’ve lived in homes for too often that had huge refrigerators that could barely handle my grocery haul. Which doesn’t make sense quite honestly. So I was thrilled to discover the modern-day features and unique storage in LG’s InstaView Door-in-Door refrigerator.

Let’s start off by saying I’m thrilled to have WON an LG InstaView Door-in-Door Refrigerator! Yes, I won it!!!!!!

If you’ve always wondered who actually wins those big prizes in contests, it’s me!!!!!

I won an early version of this refrigerator several years ago, and it had patiently been waiting for me in a huge brown box in my storage room until I finally got a home of my own.

When the delivery guys brought the refrigerator to my home from Best Buy, they were confused LOL! They didn’t understand why I wouldn’t want this nice fancy refrigerator installed to replace the old one in my home. However, I was moving in a month to RV for a year. So I wasn’t about to leave my modern day refrigerator behind in someone else’s home!

We just moved into our new home and FINALLY have been able to install the LG InstaView Door-in-Door Refrigerator that I’ve been thinking of since I won it! And I have to say, it’s awesome!

(Thank God I have this refrigerator because all of the other major appliances need to be replaced! I’m so thankful to have this modern-day convenience right now!)

If you’re not familiar with the new concept of the Door-in-Door refrigerator, let me explain.

Essentially, you get two different ways to access food and drinks that you want to keep in your refrigerator.

But then there’s the super cool way that not only is a great conversation piece and kid-pleaser, but it also helps to organize your refrigerator smartly.

Even better is that you can knock twice on the glass door and it instantly transforms from dark (and blending in with the rest of the refrigerator) to brightly lit up! (My nephews love doing this, by the way, which only solidifies my Cool Aunt award this year!)

Which means you can access the food and drink located in the shelves behind the glass door easily, with just a push of a button on the refrigerator door handle.

Because it lets you organize the things that you use the most – or that you want your kids to eat the most – in one place. No need to open up the whole refrigerator and leave the doors open while browsing. Instead, just open up the smaller door that reveals the three spacious and adjustable shelves where you store your most-loved items.

Plus, this keeps your kids or spouse from trolling through the refrigerator. Just put the snacks, drinks or condiments that you want to encourage them to eat (or that they eat the most of anyway) in the door-in-door side for easy access and visual reminders. (Here’s the four must-have drinks you should have in your refrigerator.)

I love the InstaView Door-in-Door option. It just seems so smart and I’m not sure how I could go back to anything else.

But there are plenty of other reasons why I love the LG InstaView Door-in-Door refrigerator now, too.

An Ice Maker Designed for Cocktails and Entertaining

Okay, I have the first generation  LG InstaView Door-in-Door Refrigerator that features an ice maker and water dispenser. But I’d love to have the newest version with Craft Ice™!!!

The newest model adds LG’s exclusive slow-melting round ice on demand, for upscale, craft drinks at home. This is SO COOL! And my cocktail-making husband would LOVE THIS!

If you love to entertain (or if you just appreciate really cool technology) you will understand that the addition of round ice cubes is a big deal. These circular cubes melt slowly, which means they don’t dilute your drinks as fast as crushed or cubed ice. So if you’re making cocktails, then these types of ice cubes preserve the flavors that you intended for longer.

Plus, they’re just really gorgeous to look at, even in lemonade or iced coffee!

Now, I’ve tried making circular ice cubes at home before after we took a cocktail-making glass and they talked about the unique properties of using a round ice cube. It wasn’t very successful because the orbs never really fully formed, and I could only make one or two at a time.

The Craft Ice™ maker automatically makes batches of slow-melting round ice without the work from you.

Of course, the additional ice maker on the door produces traditional cubed or crushed ice, too. So you’ll have three different choices to choose from!

***Wondering how to get smells out of a refrigerator (like, for instance, after you made a garlic dip and that odor in lingering FAR too long)? Check out these easy ways to get rid of odors in a refrigerator. 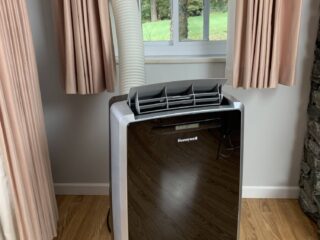 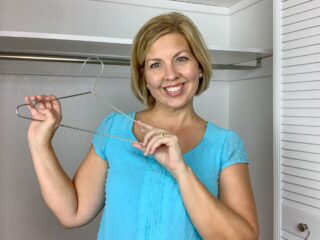